Terms defined as part of an introductory assignment for a Big Data Science class at NYU. The professor gave us these definitions because he was sick of students not knowing key words during lecture. I was at first annoyed that this was even given as an assignemtnt, however I actually did learn a few things just from looking up all of these topics. And yes, I know, deep learning is defined twice. 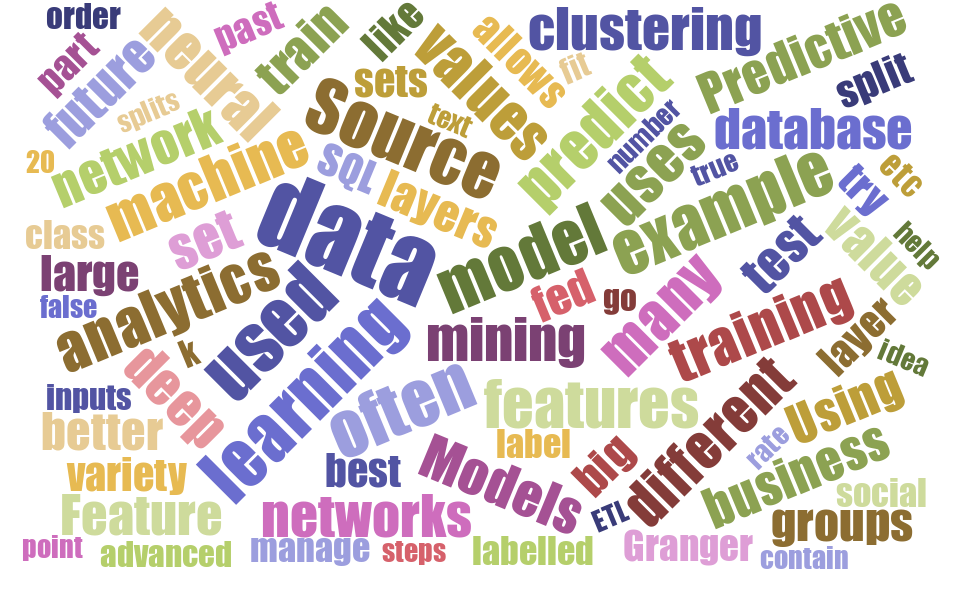